Background: A polyherbal formulation (Herboheal) traditionally indicated for woundcare was investigated for its anti-virulence potential against the notorious pathogen Staphylococcus aureus.

Objective: This study aimed at evaluating anti-virulence potential of Herboheal formulation against S. aureus in vitro as well as in vivo, followed by studying its effect on target bacterium’s gene expression at the whole transcriptome level.

Conclusion: This study validates the traditional use of Herboheal formulation in wound-care by demonstrating its efficacy against one of the pathogenic bacteria most commonly involved in wound infections. 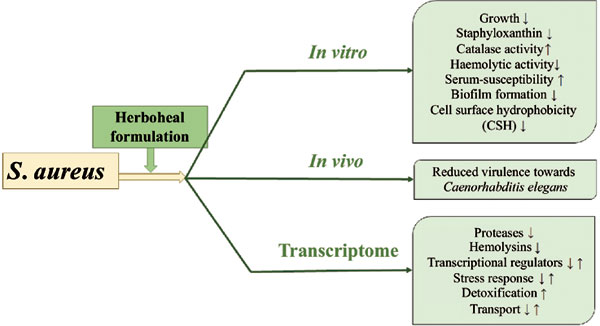